Well Abby hasn’t said mama or dada yet but today she was talking/babbling up a storm – probably because we went to see Obama (for the third time!!) at Waterfront Park- there was plenty of action.

Tonight she kept saying ba, baba. So I guess you could say it’s her first syllable. We have no idea what it means (she doesn’t drink from a bottle so it can’t be bottle) but exciting nonetheless to hear your baby try to talk.

Here’s our little girl all over the place: 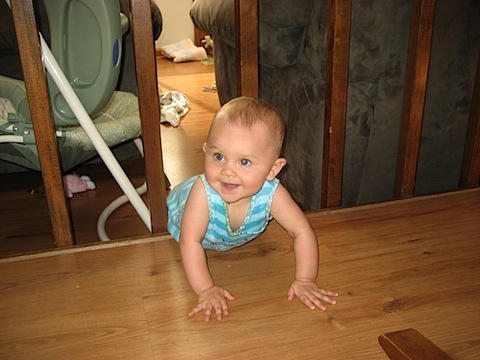 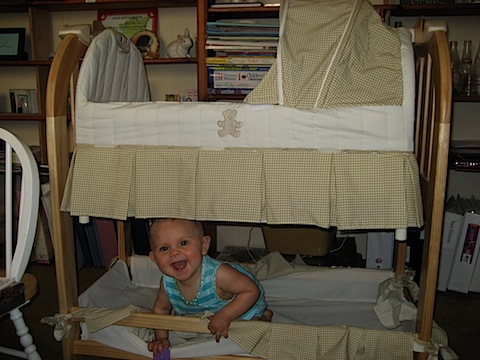 She can pull up on anything: 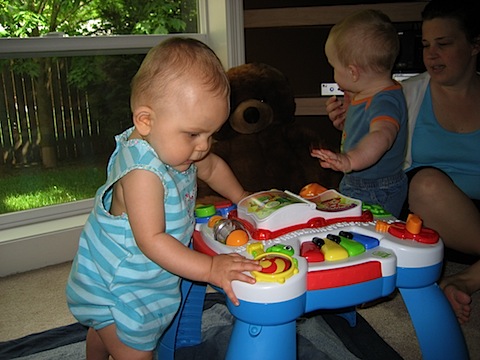 and she’s great at getting herself down safely now: 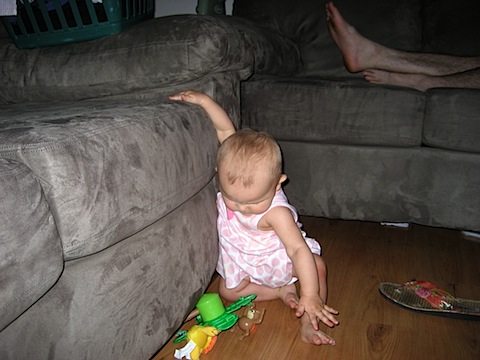 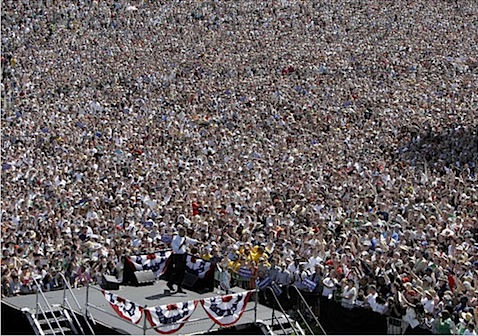 Under skies that obligingly turned from habitual gray to clear blue, Democratic presidential front-runner Barack Obama on Sunday drew the largest crowd of his 15-month marathon campaign for the presidency.

Sixty-thousand people packed into a park alongside the banks of the Willamette River to listen to Obama, with another 15,000 left standing outside the gates, according to city fire officials. Hundreds more anchored their motorboats, or floated in kayaks and canoes.

… Even after months on the trail, Obama seemed slightly stunned by the size of the crowd, saying “Wow, wow, wow” as he surveyed the audience.

In August of 2004, then-Democratic presidential nominee John Kerry held a large rally in the same location, drawing about 45,000 people.

But on Sunday, Obama topped that without even being the official nominee, speaking to a crowd filled with sunscreen-smeared babies in sun hats, union members in matching T-shirts, elderly ladies fanning themselves under the hot sun and twenty-somethings dancing to his opening act, the Portland-based band The Decemberists.

Some voters lined up before dawn to see him, including Michelle Kay.

“We are all so sick of Bush, his lies, the war,” she said. “When Obama came out he was so honest, so refreshing.”

Others arrived at the last minute, such as Afang Tang-Christianson of Beaverton and her husband Daniel. She is due to give birth to twins in the next week or two, and the two had spent the morning at the hospital when she began feeling early contractions.

But after leaving, she said they came straight to the rally, adding, “It’s all about a new beginning, a new start. We are really hoping for change in Washington.”